I searched various news websites in vain for the text of what was agreed at Cancún. I eventually found them for download from the UNFCC. The text is dry and technical, but the document on 'Long Term Cooperative Actions' does contain some useful results:

1. Developing countries commit to emissions reductions in principle, to having them verified if they are funded by others and to
2. The funding commitment of $30b by 2012 is reaffirmed with a plea to make it specific and start spending it
3. REDD+ gets the green light, with safeguards to make sure that developing countries are in charge of the process, emissions reductions are verified and indigenous peoples consulted and protected. No doubt we will continue quibbling about the details, but now we can do so on the basis of funded pilot programs and research rather than speculation
4. Adaptation is given higher priority and actions are promised to sort out the funding for it, which in my experience is both slow and insufficient.

There are also some honest admissions: first, that the targets and commitments are still way too low and second that little of the money promised at Copenhagen has materialised so far. Maybe most worrying is that some developed countries now want to abandon even the pathetic commitments they made at Kyoto, which makes the chances of getting another legally binding deal look slim. (Japan? Seriously?)

Overall, a disappointing conclusion to another year of talking while the world warms, but a baby step in the right direction and an impressive achievement by the Mexican hosts to get anything at all. I am more convinced than ever that countries and cities need to move faster and that it is in our economic self-interest, even before the environmental consequences are taken into account, to do so, even if others don't.
Posted by Rupert Simons at 1:06 AM 3 comments:

Is anyone going to Cancun?

I am not - it's too far for someone who purports to care about climate change and with most of Europe under snow I probably wouldn't make it over anyway.

For anyone who does head to Cancun, though, I would recommend this article in China Daily by Bruce Au and Thomas Hale (disclaimer: Bruce is a friend, but I had nothing to do with the article!). Their point is a an interesting variation on the "let the willing countries and cities get on with it" argument: namely, that there are willing cities and industries in China whom we would do well to engage in whatever global efforts we can, while governments fiddle and the US Congress contemplates the abyss.

Meanwhile, has anyone worked out what North Korea's emissions are?
Posted by Rupert Simons at 12:10 AM 1 comment:

I have been trying to estimate how much private investment is going into African agriculture. I can't find a comprehensive source, but on the private equity side, Reuters has a decent summary of private financial flows into agriculture.

The flows from institutional investors - sovereign wealth funds and the like - seem harder to track. I suspect that some small-scale investment by Chinese farmers is also dipping below the radar. This article in the People's Daily provides an interesting clue: 70% of Chinese investment in Africa is by private companies. However, I'm not sure I trust their numbers: can there really be only $32.3m of Chinese investments in Africa? Per day perhaps?
Posted by Rupert Simons at 10:34 PM No comments:

Theories of development and the World Bank's land report

The first is by Owen Barder on three theories of development (a propos the MDG summit): a 'big heave' story, a 'improve accountability' story and one that focuses on inequality. The central insight of the last theory is that enormous poverty remains in fast-growing countries like India - and may even remain, if the China example is a guide, when it is a middle-income country. I was astonished recently to discover that malnutrition rates in much of India, especially the eastern states, are as bad as the worst parts of Africa: the Green Revolution and general lack of armed conflict notwithstanding. Does this contradict Amartya Sen's point that democracies do not allow famine? No - these are not famines. They appear to be chronic, underlying malnutrition, in years of good harvests and bad.

The second is a write-up of the World Bank's new report on "Rising Global Interest in Farmland". It tries to be an even-handed review of land grabs. Their press release is neutral, cautious even, simply noting that the surge in large land deals, especially in developing countries, reported in 2008 has continued unabated. The Financial Times interprets the same as "World Bank backs farmland investment". In reality, many of the early deals have been disappointing to all concerned: governments, investors and local residents. The Bank reckons a code of conduct with seven principles (transparency, fair compensation, etc) will do the trick. I like the principles, but I doubt they will be enough: enforcement will be key and when the land is remote and its natural owners weak, it will be difficult for governments to resist the pressure to flog it to the highest bidder.

Two things surprised me in the Bank report. One, the yield gap in African agriculture is just as great in densely populated countries like Rwanda and Malawi as in thinly populated ones like Sudan or Mozambique. How can this be? Either there is little or no value assigned to non-agricultural land (as forest, fallow or pasture), so farmers prefer to clear land over intensifying; or intensification is technically too difficult. The latter seems unlikely, since densely inhabited regions of Asia (Java, southern China) have farmed intensively for centuries. So if high-intensity agricultural techniques (as simple as legume rotations and human or animal manure) have existed for so long, why have they been so slow to spread in Africa?

Two, while it is well known that 70% of the increase in agricultural production since 1961 has come from yield increases, it came as a surprise to me that two-thirds of the land expansion (concentrated in Latin America, South-East Asia and Africa) came from smallholder farmers moving into new areas. The huge soya farms of Brazil or palm oil plantations in Indonesia are quantitatively less important than millions of smallholder rice growers in Myanmar or Thailand clearing forest or maize growers in Zambia converting pasture. Do the land grabs mark a shift in this trend away from smallholders to large commercial estates? Or could those estates become the hubs of a mixed farming model in which smallholders follow their lead? If large farms help seed smaller ones, the land expansion might become an attractive development path.
Posted by Rupert Simons at 12:58 AM 1 comment:

I just got back from a great trip to the US that left me feeling upbeat about life but downbeat about the US, at least in the medium term. One other consequence of my trip is a resolution to put up more frequent blog posts.

So here are two US-related snippets that caught my eye today. The first is a fascinating set of maps showing ethnic segregation in major US cities. Wonder why all your friends seem to live in the same part of north-west DC, central Boston or Manhattan? Because they really do all live there. Red is white, blue black, orange Hispanic and green Asian, are based on self-identification in the 2000 census, so are somewhat out of date (stand up Columbia Heights). Salt Lake City is 100% red, while you can actually see the city boundaries of Detroit.  Most interesting to me are the spots of diversity among the seas of red and blue: Cambridge, Hyde Park, most of Brooklyn, the Bay Area. While the macro-picture is of socio-economic segregation, there are countless neighbourhoods that are mixed in unpredictable ways - not all of them around colleges. Rather than bemoan the segregation, shouldn't we look at the exceptions and figure out if they work and why? While we're at it, is Europe is really so much better. I realize there are legal and practical obstacles to replicating this analysis for Paris or Berlin, but I wonder if anyone has tried doing it informally?

The second is a slightly less obvious piece of analysis on density hubs. This seems to say that the most human capital and creativity (as measured by educated people, patents, etc) seems to cluster in a small number of mostly coastal cities. The trend probably isn't surprising, the magnitude is. I am also surprised at the outliers and the cities that are left out. Ann Arbor is a notable hot spot; but where are tech hubs like Raleigh-Durham or Austin? Maybe they are 11 and 12.

Again, I'd love to know how this compares for Europe. My hunch is that there has been bunching over time. Compared with, say, the 1950s, there is probably a greater preponderance of bankers in London, students in Bologna and bureaucrats in Brussels than there were, as the best-educated Europeans are more mobile than they used to be and more inclined to move in search of like-minded people, interesting work and excitement.
Posted by Rupert Simons at 11:03 PM No comments:

Could the US overtake Europe on climate change? 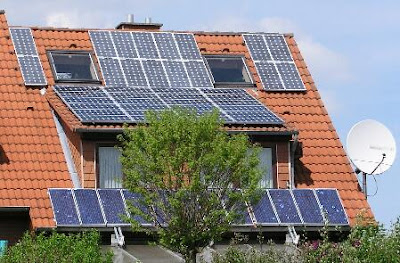 I'm beginning to think the US may get its climate change act together sooner than Europe. This op-ed from the NY Times suggests that notwithstanding the poor show at Copenhagen and the cold winter, most Americans believe that climate change is happening and we need to do something about it. Sounds obvious, but a relief to know. Maybe the terrible oil leak in the Gulf, which has blown up the administration's "drill plus energy bill" tactic, could be a force for good in the long run, by reminding everyone what unpleasant stuff oil is.

In Europe, on the other hand, we may be losing it a bit. Especially the British (though I suspect this is mostly because British people enjoy being contrary for the sake of it). Fortunately the EU Commission is now proposing a 30% cut in our emissions irrespective of what the rest of the world does, when originally we only wanted to cut by 20%. Maybe if we can pass that and start acting on it we'll get taken seriously again. In the meantime, we can carry on selling solar technology to the rest of the world. A trip to Germany last weekend reminded me just how mainstream solar has become, if the subsidies are right. See picture above.
Posted by Rupert Simons at 10:26 PM 24 comments: